This one can be filed under common sense, honestly. Unfortunately, common sense isn't always something that people have. On a recent morning, I was leaving my apartment for work, and smelled smoke coming from somewhere in the building. Slightly panicked, I began to knock on my neighbors' doors, hoping to find the answer to my mystery. Unfortunately, nobody who answered their door was able to provide an answer. The smoke smell continued to grow stronger, and I rushed back into my apartment to wake my girlfriend. "Wake up! There's smoke in the hallway!" I shouted. My girlfriend and I made our way out from the building, along with our cat. I called 911, and reported that smoke was present in the common area of my building. The fire department showed up not too long after.

I escorted the firemen into the building, and they began to knock on the doors of the units to clear the building for fire. Finally, one of the tenants I wasn't able to rouse, answered his door. As he opened it, smoke began to pour out of the unit. The smoke came out at such a rate that it set off the detector in the common area. The questions rolling through my head at this point were as follows: "Why the hell is there so much smoke?" "What was this guy doing?" "Is my shit going to burn down?" By this point, I had already accepted my fate of being late to work. As I was walking back outside to avoid the smoke, I heard the man say he had a small kitchen fire, but it was under control.

For around 15 minutes, I waited with my girlfriend outside the building. Then, two firemen came outside and brought with them a desktop sized barbecue smoker. Basically, this was a miniature version of something you might find at your local barbecue restaurant, although they'd have proper ventilation for it. I exchanged an expression with the firemen. "What the fuck?" asked the look on my face. The firemen seemed just as taken aback. The firemen placed the smoker on the pavement outside the building. As they did that, I noticed the smoker was still quite hot, and even had embers burning in the bottom.

I continue to wonder about the mental capacity of the individual responsible. Does he understand the potential ramifications of his stupidity? Only time will tell. Maybe one day, I'll wake up to a nice, toasty, apartment fire. 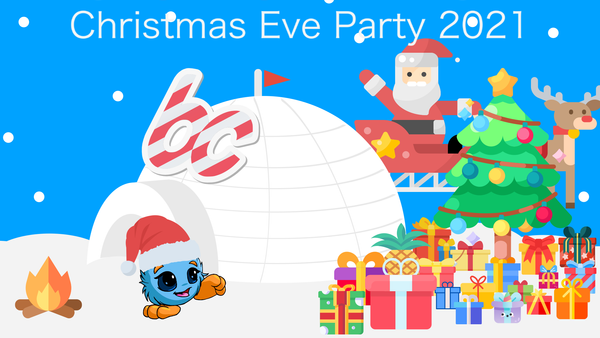 BetaChat 2020 Holiday Newsletter [https://mailchi.mp/97a92b7fd20e/betachat-christmas-eve-event-3940944]Pet Pics Contest We decided to have another pet pics contest this year! This one lasting one week, 3 winners were selected by the community via voting to win $50,000 BCP each. Everyone's submissions were absolutely adorable, and the channel